A Mega Quake Awaits California: Earthquake Insurance Planning Needed for the Big One

The geologic history of earthquakes in California does not bode well for the Golden State.Scientists warn of a devastating California earthquake by 2037, urging the residents of the state to take steps to protect themselves. This has created a sense of fear and anxiety in the people of California. The fear of a big tremor prompts them to take steps to protect their families and properties in the event of an earthquake. California earthquake insurance can come in handy to safeguard your family and property from such a natural disaster.

New temblor forecast data reveals that there is a 99.7% chance of a 6.7 magnitude quake or larger striking the Golden State in the next 30 years, with the odds littlehigher in Southern California. The region has a higher number of faults compared to the rest of California. However, this does not mean that other parts of the state are not vulnerable to jolts. In Northern California, Calaveras Faults and the Hayward-Rodgers Creek may ruptureas it has been long since the last tremor struck these faults.

In Northern California, Calaveras Faults and the Hayward-Rodgers Creek may ruptureas it has been long since the last tremor struck these faults.
According to a new study performed by Scripps Institution of Oceanography, the fault line from San Diego to Los Angeles can produce tremors of over 7.3 magnitude.
The history of California earthquakes gives you a better idea of the intensity and frequency of tremors in the state. In 1994, a major earthquake rattled California’s Northridge, claiming 72 lives and injuring 9,000 people. The affected areas suffered $25 billion in damages.
Since California is quake country, it is in your best interest to safeguard your family from a big jolt that may strike the state and cause havoc everywhere.
You may take simple safeguards to protect your belongings and secure items in your home that could fall during a big tremor. Going through safety drills regularly can help you protect yourself and your loved ones in the event of a huge quake.
It is a good idea to stock food and water for at least seven days. You could consider structural retrofits and earthquake insurance options.

It is a misconception that your homeowner’s insurance offers protection from earthquake damage. But this is not true. Your homeowner’s insurance does not cover you for losses from a tremor or any earth movement. Unfortunately, due to this misconception, only 17% of California residents currently have earthquake coverage.
Seismologists warnthat Californians can expect another major quake in the coming years, as there is a buildup of stress along Bay Area faults. The lack of insuranceamplifies the risk of catastrophic losses further. A huge jolt can cause severe losses for homeowners who have not taken earthquake insurance.
Earthquake insurance in California can protect you from any future occurrences and guard against such financially devastating events.
Protect yourself, your family, and property from damage from an earthquake in California by purchasing a policy through www.cheapearthquakeinsurance.com with multiple carriers that offer different deductible and price options you can be find the right coverage at the right price. 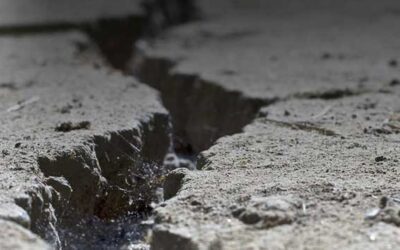 Experts predicting THE BIG ONE by 2037

LOS ANGELES -- California faces an almost certain risk of being rocked by a strong earthquake by...

END_OF_DOCUMENT_TOKEN_TO_BE_REPLACED

Earthquake Insurance Worth the Gamble?

END_OF_DOCUMENT_TOKEN_TO_BE_REPLACED

We have been getting lots of calls from people insured with Amica, telling us that they have...